Prince once said “you don’t have to be rich to be my girl” well, you don’t have to look like Angelina Jolie to be someone else’s girl either. Most of the time when we think about attraction, we picture a bunch of physical, financial and social qualities that we don’t really have and that generally makes us feel a little depressed. If you ask a guy to think of another guy that is physically attractive, he will picture someone like George Clooney or Odell Beckham Jr. even if he himself looks more like Danny DeVito. The fact that only a very small group of people can look like movie stars or professional athletes pretty much leaves the rest of us to feel depressed on some level and even deep down not view ourselves as being attractive.

If I were to ask you to name the car that you wanted most, I would bet that very few of you would say that you would like to have a Ford Focus, most of you would name some exotic car that costs hundreds of thousands or even millions of dollars. The funny thing is that if I were to pull up in front of your house with your “dream” car and a Ford Focus and ask you which one you wanted to buy, 99% of you would say that you wanted to buy the Ford Focus and that is because fantasy and reality are two different things. A fresh new lambo may seem like a great car to cruise around in while you’re dreaming but the initial cost and subsequent insurance payments would be a freaking nightmare. A lot of people couldn’t afford the gas and wouldn’t want to. When I pulled up in the fresh new sports car, most people would start thinking of all of the practical reasons why that car wouldn’t work for them like the fact that their kids and pets wouldn’t fit and the fact that they really wouldn’t see themselves driving fast enough to get anything out of such a car. When your dream becomes a reality, a lot of times that Ford Focus starts looking better and better by direct comparison.

The fact of the matter is that relationships and attraction work the same way. People have some fantasies but they generally don’t stand up to direct comparisons with reality and that is why even though you may have a certain kind of person in your mind when you think of attractiveness, that is not necessarily what other people find attractive on a real level and certainly not what they are looking for. You may think that every woman wants a guy with an outgoing personality like Kevin Hart and since you are shy and reserved, you just can’t get a woman to be interested but what you may not have considered is that some women may feel that someone like Kevin Hart can’t take anything seriously. Some women may have already had bad experiences with super outgoing guys and don’t want those kinds of people anymore. Sometimes the thing that seems like a slam dunk turns out to be a missed layup. Everything is a double edged sword and that means that what is generally a good quality can also be a huge liability.

When you see a tall supermodel with long beautiful legs, you may ask yourself how you can compete with someone like that when you are 5’2 and a little chubby. What you don’t realize is that those long legs make her too tall for a lot of guys and many of them may also see her as a little too skinny. The fact that she can get on the fashion runway and you can’t only means that a certain group of people in a particular industry prefer her over you but it doesn’t mean that the average guy on the street is looking for a tall thin super model over a short, curvaceous beauty.

The problem that most people have is the fact that they watch movies and read a lot of magazines and that generally causes them to believe that what they see in major media is the only thing that others find attractive. A very small group of people pick the folks that we see on television and in fashion magazines and they don’t speak for the world. If you look on the internet for about an hour, you will be convinced that most of the people in the world are completely crazy but this is not true, it is simply a perception that you are getting because the crazy ones are generally the loudest. You may not see someone that looks like you on television but that is only because someone that likes your type doesn’t happen to be an executive at one of the major Hollywood studios.

The reason why all of this is so important is because, most of us don’t really want to be who we are and live our lives in some denial because we don’t think that our looks, social status, personality traits or financial statuses are good enough. Most people will get upset if you call them short or fat and that is not because they aren’t short or fat but because deep down, they see those words as synonyms for the word unattractive. Most people create dating profiles that try to hide the things that they believe most people will find unattractive about them and portray an image that they can never actually live up to in person. People then start to doubt themselves because the person that seemed so interested online seems to immediately lose interest when they meet in person. Most people experience this phenomenon a few times and confirm that they are indeed ugly and decide to double down on the online fraud thinking that it must be the only way that they could have a chance.

I want you to picture this for a second, what if I put an ad on the internet for a 2017 Ford Focus with an asking price of $17,000 and then when you answered that ad, I showed you a brand new 2018 Porsche priced at about $280,000? Would you see this as an upgrade and be happy that I “surprised” you? Let’s be real, of course you would be pissed because you are not in the market for a $280,000 sports car and you wanted a freaking Ford Focus. Of course you would feel like I wasted your time and that I tried to trick you into buying something that you didn’t want. Does that mean that there is something wrong with the Porsche, of course not but it does mean that it isn’t the car for you at this time in your life.

The key to being attractive is to find your niche. You have to be real about who and what you are and use your qualities to market yourself to those that would value them. If you are broke and trying to stunt on Instagram as if you have money, you will be turning off those who don’t care about money and attracting only the ones that do. When you meet the women that care about money and they find out that you don’t have any, they will immediately lose interest. If you are chubby but only take pictures from the chest up and do everything in your power to hide you belly, you are basically attracting people that don’t like women with bellies and of course they aren’t going to be as interested in you when they meet you in person.

Once you realize that no one is any better off than anyone else and that what you are bringing to the table is good enough then you can start finding your individual market and using that to be the king or queen in the world that you decide to live in.

Most people think that attracting the opposite sex is about looking a certain way, having a certain amount of money and even having a specific set of personality traits. People are generally taught that you either have the looks of Brad Pitt, the financial security of Oprah and the comedic timing of Kevin Hart or you are left out in the cold. This isn’t true because every physical and personality trait has its positives and negatives. Some people won’t date a person that looks like Brad Pitt because they think that he would be conceited, and they won’t date someone with money like Oprah because they think that she would be selfish. Even comedic timing can work against you because some people would think that you wouldn't take anything seriously. The real keys to attracting the opposite sex are: knowing who you are and what you bring to the table, finding places that are best for your attributes and connecting with the people that will appreciate what you have the most. This premium video will show you how to discover yourself and then figure out how to use that discovery to be the most desirable person in the room not by changing who you are but by putting yourself into a room that is just right for you. Get this video. 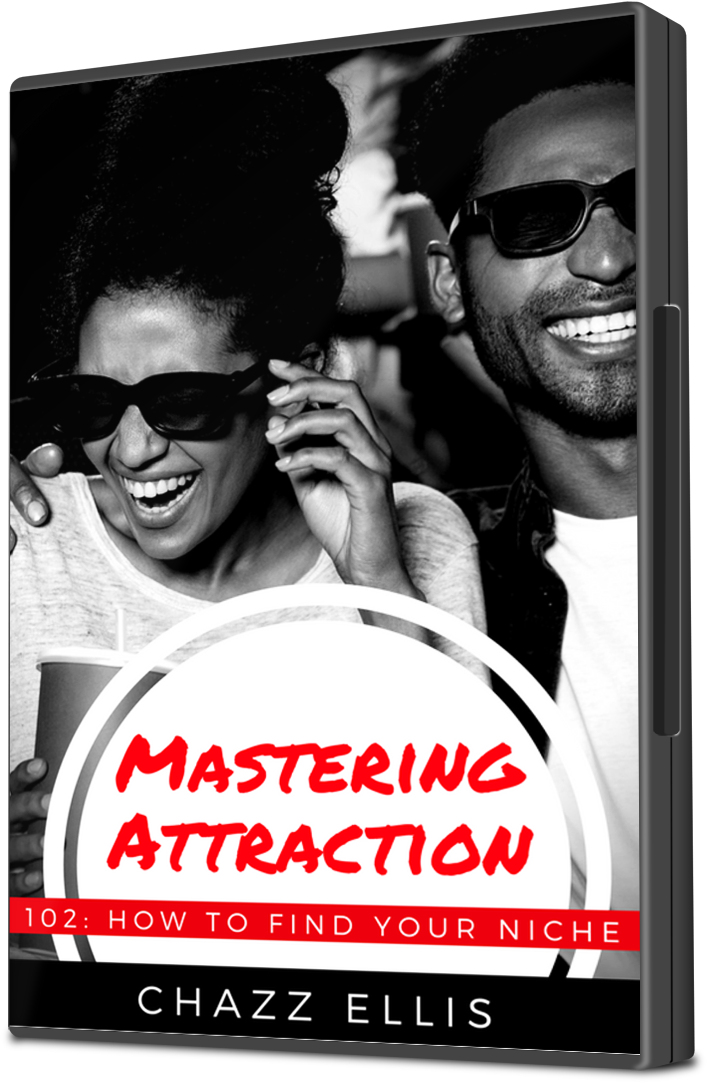